Lasse Hodne is a fifth year medical student at Poznan University of Medical Sciences. He mentors younger students, and is Poznan spokesperson for the Norwegian Medical Association (NMA). He’s only 23, but in barely one year he’ll be a doctor.

The team from QUPI sat down with Lasse for a chat about what he wishes he’d known before he began his journey. If you’re in your first few years of medical school – or if you’re wondering whether or not being a doctor is the right choice for you – then Lasse’s tips and insights will help.

One: You don’t have to be a perfect student to be a great doctor

I often hear things like ‘I’d love to be a doctor, but I just don’t think I’m smart enough.’

Maybe you’ve had similar moments of self doubt. If so, that might actually be a good thing. Humility is a major asset in a doctor. The fact that you’re willing to question yourself is a sign that your ego is under control. Trust me, that’s not something all future doctors can claim!

I don’t believe for a second that the students I’ve known who dropped out, did so because they’re not intelligent enough. I think many of them realized that being a doctor simply wasn’t the right choice for them. They discovered that they’d be happier in another profession – and that’s totally cool.

If you have the passion and drive to become a doctor, if you know how to study effectively, then it doesn’t matter if you’re not Albert Einstein. You could still have the makings of a great doctor.

Two: More than anything else, doctors need to care

When you become a doctor, you’re going to be pulling 18-hour shifts at the emergency room. Imagine you’re exhausted, it’s 3 am at the end of long shift, and a patient comes in, yells at you, acts aggressively, causes problems. Can you see through your frustration and exhaustion and still feel empathy?

Instead of asking yourself if you’re smart enough to be a doctor, ask yourself if you care enough. At the end of an 18-hour shift, can you still find that compassion and manage to motivate yourself to keep doing your job? This level of caring matters far more than raw brainpower, and it will keep you going through the tough times.

Three: 70% of what doctors do is paperwork!

Ok, that number is probably an exaggeration, but I was shocked when I learned just how much time doctors have to spend filling out forms. Insurance forms, drug records, social reports, applications and so on. Especially if you want to be a family doctor / general practitioner, paperwork is gonna be a big part of your day!

Editor’s Note: Lasse is not the only one to be surprised – an article in Forbes recently joked that, if medical school was based on what being a doctor is actually like, then ‘Medical school admissions essays would be on “why I really want to do paperwork when I grow up.”’ We asked Lasse if this discovery affected his desire to become a doctor:

There’s a reason paperwork is such a major part of the job: it exists in order to maximize communication and minimize the risk of mistake and wrongdoing. Yes, it’s a bummer, but it doesn’t make me want to be a doctor any less. It’s that other 30%  – when you get to be there for your patients and sometimes even save their lives, that matters most.

Four: Medical school does NOT have to mean giving up your social life

Many new medical students get terrified by the expected workload, and shut themselves out of university life. In the long run, this is counterproductive. Sure, you have to learn a tonne, but you’re still going to have free time! Don’t hide away in your room all Friday night with your textbooks. Instead, go out, have a beer and make friends.

Effective doctors need to have good social skills, and making friends is one of the highlights of your time as a student. You’re definitely going to be putting in a lot of long, hard hours in front of the books, but don’t feel guilty about checking into the pub every now and then as well. The people who go on to succeed as doctors are the ones with balanced lives. You need to be happy too.

Five: There’s a HUGE difference between being a doctor and studying to be one!

As a medical student you’re safe. Even when you do start seeing patients, the hard decisions are made by someone older, with more experience. But eventually, you’re going to graduate, and you’re going to be on your own.

One day you’re going to be alone in the emergency room, and someone’s life will literally be in your hands. Medical school will teach you what to do, but you have to have the courage and presence of mind to actually do it.

Now that I’m nearing the end of my studies, I can see this as the next stage ahead. It’s frightening, but it’s also exhilarating.

Six: Being a doctor is a hands-on job

In some ways, being a surgeon is like being a really sophisticated plumber. Both careers demand that you can push, pull, screw, drain, block, twist, fuze and, well, you get the picture. Plumbers also need to have stamina, the ability to think laterally, and of course a strong stomach! Again, all traits that are essential for surgeons too.

Obviously, there’s a massive difference between the two careers, but it’s important to remember the physical demands of being a doctor. You need to have strength, and you need to have dexterity. At the risk of sounding too much like a doctor before I’m qualified… look after your health! Play sport, exercise, and keep fit. Being a good doctor (or medical student) is about the body as well as the mind.

There’s a whole world of knowledge out there and, while you need to be discerning and critical, there’s no point in ignoring such a vast resource as the internet. My classmates probably spend more time watching video lectures than reading textbooks. We are millennials after all, might as well embrace it!

The people who make the best students are those who use these resources to channel their natural curiosity. If you’re the type of person who encounters or hears about a new illness, or a new medicine, and spends that evening looking it up online, then that’s a great sign that you’ve chosen the right career path.

By the time many of us are in our 40s, the world will be short almost 13 million healthcare professionals. Becoming a doctor is a long and sometimes scary journey, but it’s a rewarding one as well. Hopefully these tips from my 4+ years of medical school will help make your time there that little bit easier. 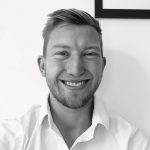 Lasse Hodne is in his fifth year of medical studies at Poznan University of Medical Science. Originally from Norway, Lasse frequently mentors younger students from his home country, and in recognition of this has been appointed spokesman for the Norwegian Medical Association. He believes that compassion is a doctor’s number one asset, and that the future of medical learning is digital. He is an advisor and brand ambassador for QUPI.com, the world’s largest medical question bank.

Christmas Special: Buy One QUPI Subscription, Get One Free

What is the Need for ECFMG for the USMLE?

PLAB vs USMLE – Everything You Need to Know About Medical Exams

What is the PLAB Exam?

How to prepare for a medical interview?

QUPI and Sharecare YOU Announce Partnership to Promote Medical Knowledge

How QUPI Is Bringing the Joy Back Into Medical Education

How to chase medical school scholarships in 2021?

Tips to grab a medical school scholarship in 2021

Forget your password? Don’t worry, this isn’t an exam! Just enter your email below and we’ll email you a link to reset your login details

We’ve sent an email to the address you gave us with a link to reset your password. If nothing comes through in 10 minutes, be sure to check your spam/junk mail folder

This website uses cookies to improve your experience while you navigate through the website. Out of these, the cookies that are categorized as necessary are stored on your browser as they are essential for the working of basic functionalities of the website. We also use third-party cookies that help us analyze and understand how you use this website. These cookies will be stored in your browser only with your consent. You also have the option to opt-out of these cookies. But opting out of some of these cookies may affect your browsing experience.
Necessary Always Enabled
Necessary cookies are absolutely essential for the website to function properly. This category only includes cookies that ensures basic functionalities and security features of the website. These cookies do not store any personal information.
Non-necessary
Any cookies that may not be particularly necessary for the website to function and is used specifically to collect user personal data via analytics, ads, other embedded contents are termed as non-necessary cookies. It is mandatory to procure user consent prior to running these cookies on your website.
SAVE & ACCEPT